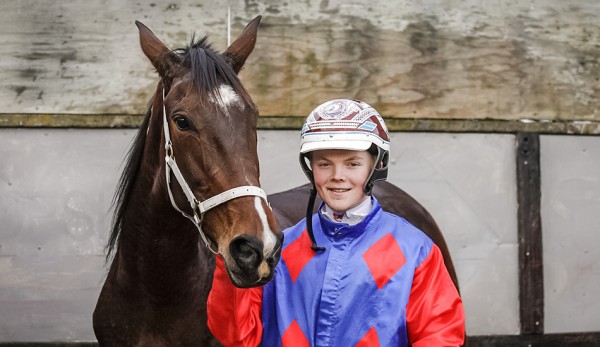 Dedication will be rewarded if Carter Dalgety can drive Plutonium Lady to victory at Winton on Thursday.

And it’s not just for the travel involved in the junior reinsman’s first trip to Southland for a driving engagement.

During Thursday’s meeting, Dalgety will find a quiet spot at Central Southland Raceway to sit a university exam online as he works towards his Bachelor of Commerce degree.

Dalgety taking the reins behind Plutonium Lady, is something of a turning of the tables for trainer Mark Jones.

When Jones was a junior driver he formed an incredible combination with Dalgety’s father Cran, winning two junior driver’s premierships.

“I reckon Carter has only got to drive about 500 winners for me to catch up,” Jones quipped.

Though she takes on some smart types, Plutonium Lady faces a huge drop in class in race 7 which means Dalgety is a decent chance of making at least a start on those 500 wins.

“She is a funny horse, sometimes she gets in the right race and lets you down, but she hasn’t been going too bad,” Jones said.

“She definitely gets her chance at Winton.”

The two-year-old was beaten fair and square by main rival Rakastella in their last meeting.

Jones has seen improvement in his filly since that race and hopes it is enough to give her a chance of turning the tables.

“I think she just got beaten by a better horse on the day last time.”

“I think Pete Hunter’s one goes quite good.”

“In saying that our filly does seem better, she has improved but it is a good field.”

Kowhai Shadow starts from barrier 4 for Jones in race 2.

That draw gives her a key barrier advantage over Tartan Roxy, who starts from barrier 8.

“She gets her chance, it's a nice race for her – they look after the fillies and mares really well down south.”

“Tartan Roxy looks hard to beat but with our mare’s race fitness, she will definitely get her chance.”

The trainer hopes the six-year-old can take advantage of the head start he has on his main rivals in a star-studded field.

Jones was forced to withdraw Stylish Memphis from the New Zealand Cup this week.

A minor foot issue meant she has missed vital lead up racing which has set her preparation back too far.