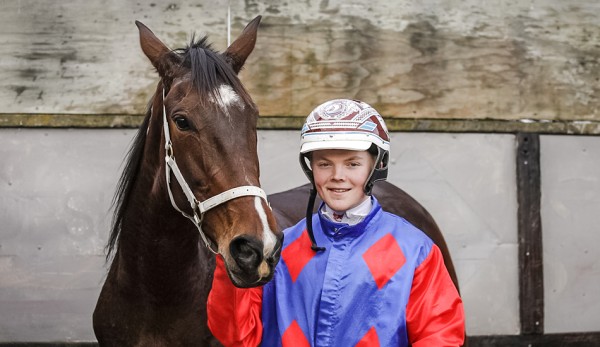 And proud father and boss Cran Dalgety is hoping it may also extend to Trans Tasman reinsman in the coming weeks.

Dalgety and wife/training partner Chrissie have entrusted their son, who is already making a name for himself as a junior driver here, with Krug and high-class filly Remember Me for their New South Wales campaigns.

They start at Menangle this Saturday night, with the pair having arrived safely at Jack Trainor’s stables on Monday.

“It is a real reunion for the boys because Carter has known Jack for years since he worked for us,” says Cran.

“So to have him over there looking after the horses with somebody he knows so well is wonderful.

“Obviously we couldn’t go, with the uncertainty of when we can get back and not only missing major races but the sales, so this the next best thing.”

Carter has also taken his driving bag and Dad hopes he can get some drives in Australia, which as anybody who has met the personable teenager will know, is highly likely.

“That would be great experience for him to drive in any sort of races over there, especially as he could be there for a couple of months,” says Cran.

The Dalgetys were originally toying with top guns like family member Anthony Butt or Sydney star Luke McCarthy to partner Krug but that won’t be possible for at least the first three weeks of the campaign as McCarthy will be travelling or have King Of Swing in next week’s main pace should Krug contest that, while Butt is also driving in Victoria where he is based.

So Trainor will take the reins on both Kiwis this week when they make their Sydney debuts.

Krug, a last-start winner at Cambridge, has barrier nine in a A$20,665 mile against track sprint specialist Cash N Flow, Interdom finalists Bundoran and Len Smith winner The Black Prince.

He could still start favourite but will be a huge risk as even the best Kiwi horses are vulnerable first time over the mile at Menangle.

After this weekend Krug aims at the Chariots Of Fire on February 19 and hopefully then the Miracle Mile.

Just Remember Me, as she will be known in Australia, also has barrier nine in the A$50,000 Raith Memorial, as she starts her campaign aimed at the New South Wales Oaks next month.

She was outstanding when second to True Fantasy at Alexandra Park on December 31 and while she will have a class edge on most NSW fillies she does meet the little wonder that is Madrid.

Madrid hasn’t raced since winning the NSW Breeders Challenge at Menangle in October in 1:51.9 but with barrier two and her brilliant gate speed she will have a huge advantage over the Kiwi filly.

The pair give Trainor some serious Kiwi equine ammo this week and he also has Canterbury mare Stylish Memphis dropping back to mare’s company in a A$20,400 race as the countdown to the Menangle carnival begins.