Butcher began the night in good form, winning behind the Steve and Amanda Telfer-trained Riverman Sam in the Chanelle Lawson Photography Mobile Pace (2200m), before reining home Hooray Henry, whom he also trains, to victory in the Blue Do Tickets On Sale Now Mobile Pace (2200m).

“All the Telfer runners improved with the run last week. It wasn’t a bad run from Riverman Sam to come from where he did to win it, so I was pretty happy,” Butcher said.

“It was a good race for Hooray Henry, he ended up getting a really good trip. Everything fell into place for him.” 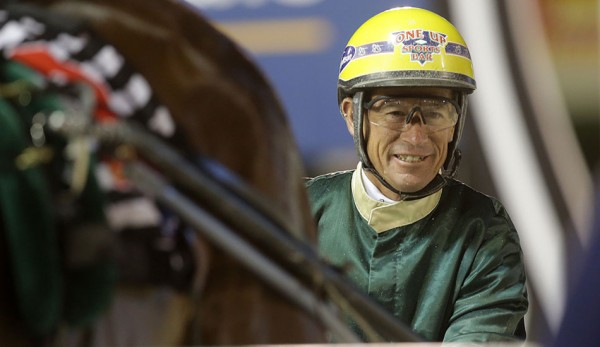 Three races later Butcher was once again saluting the judge after driving $1.30 favourite Tonites Delight to success in the Quiz Night At The Clubhouse Every Wednesday Mobile Pace (2200m).

Butcher was pleased to get the treble but admitted he wasn’t aware he had joined Tony Herlihy, Maurice McKendry and Ricky May in the 2500 driving wins club until after the race.

“I didn’t actually know, someone told me after the finish,” Butcher said.

“I have driven plenty of nice horses and whenever you get anything like that (milestone) it is always good.” 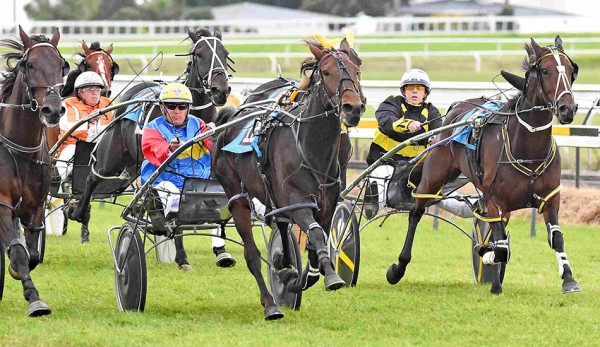 Reflecting on his career, Butcher said it was hard to pick out an individual highlight, but he has experienced many of his top moments in Geoff Small’s white, blue, and red silks, most notably through the deeds of Elsu and Changeover.

“Picking a highlight is hard work. I have been lucky enough to drive a few nice horses,” Butcher said.

“When you go right up to the top end of it when you are racing Grand Circuit horse, it is great.”

Butcher enjoyed a long and fruitful association with Small, with the pair becoming a formidable force in Australasian harness racing, particularly in the 2000s.

Butcher has loved his time in the cart over the last 40 years and said he is fortunate enough to have made a living from his passion, and his enthusiasm for the sport hasn’t waned from his first victory.

“My first driving win was Mister Crockett at Claudelands (Hamilton) in 1981,” he said. “I was one of the lucky ones (junior drivers), I was able to do the Australasian Champs a few times.

“I have had a good life and have driven plenty of nice horses.

“It’s a hobby-made profession this one, it’s just fun.”