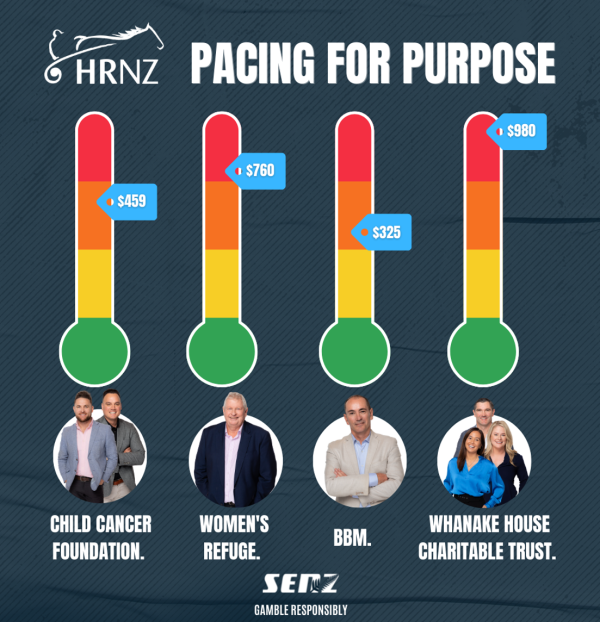 Morning host Ian Smith has been the big winner in this week's SENZ radio "Pacing for Purpose" competition.

Yesterday the high profile commentator and former cricket international outlaid $50 on The High Commander at Winton. The Bettor's Delight three-year-old duly delivered for driver Brent Barclay and trainer Brett Gray. It was his first win in four starts.

The $325 collect took Smithy's tally in the competition to $760, second only behind the Drive hosts (Kirstie Stanway, Stephen Donald and Rikki Swannell) with $980.

Every week four hosts on the sports radio network bet $50 each on the harness racing meeting of their choice, with all proceeds going to charity.

The competition runs through to January.